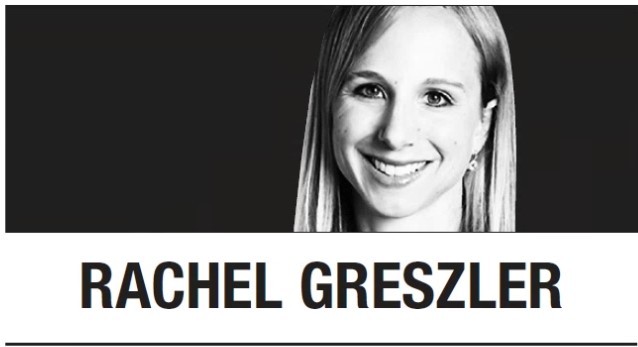 “Give me a one-handed economist,” Harry Truman once famously demanded. “All my economists say, ‘On the one hand … but on the other’.”

His frustration was understandable. But when it comes to legislation that can affect the well-being of all Americans, it’s vital to weigh all the pros and cons.

Consider the radical $3.5 trillion spending package now before Congress. Some lawmakers are demanding passage based on a one-sided assessment of the impact its proposals will have on American workers, families and businesses. But as workers who have recently benefited from significant wage increases only to see them eaten away by high inflation now realize, it’s important to consider not only the benefits something provides, but also the consequences.

So sure, tell American workers and families about the shiny new government programs that might be available to them as policymakers seek to spend another $27,000 per household.

But tell them also how those big government policies might affect the taxes they pay, the paychecks they earn, the opportunities available to them, and the prices they’re charged for everything from gas and groceries to utilities and child care.

Unlike politicians who can seemingly spend other peoples’ money and incur debt on their behalf, ordinary Americans have to balance their budgets and repay their debts.

Take the proposal to increase taxes on corporations. Since corporate buildings can’t pay taxes, it ends up being the people who work inside them who take the biggest hit, with 70 percent of corporate taxes being passed on to workers through lower wages and benefits.

Most workers would rather talk to their direct supervisor about their need for leave than to submit an application to a federal program where distant bureaucrats would apply one-size-fits-all rules to determine their eligibility. And if the paid leave is approved, workers don’t want to undergo a one-week waiting period, nor is granting only a portion of workers’ paychecks necessarily enough to pay their bills.

Of course, for workers who don’t yet have access to paid family leave, a federal program could be a big win. That is, unless they are among the 45 percent of disproportionately lower-income workers who wouldn’t be able to use federal paid family leave benefits without risking losing their jobs.

Perhaps the heavily subsidized child care proposal sounds like a dream come true. After all, child care is expensive, and it can be really hard for families to find the type of care they want. But only 14 percent of families want the type of center-based child care that this proposal would subsidize. Even after lawmakers pump hundreds of billions of taxpayer dollars into government-prescribed child care centers, many families would end up with child care environments they don’t want for their kids.

Or take the environment. A cleaner one is something most Americans can appreciate, but is it worth an extra $8,000 in costs per year for a typical household?

“Pro-worker” legislation seems like a no-brainer because, after all, most households have a worker in them. But what would “pro-worker” provisions actually mean? Most workers don’t want to have $600 in union dues taken out of their paychecks without their permission, especially if the majority of it goes to supporting political causes and political candidates that don’t reflect their own personal preferences.

And finally, for everyone already fearful of even higher inflation -- or worse, 1970s-style stagflation -- adding another $4.6 trillion in federal spending (including the $1.1 trillion infrastructure and $3.5 trillion reconciliation packages) only exacerbates these concerns.

Moreover, specific policies would add fuel to current fires. It’s already hard enough to find workers with a record-high 10.9 million job openings in the US, but the proposed infrastructure package calls for simultaneously increasing the demand for infrastructure workers while limiting the supply of such workers to strictly unionized workers -- making roughly 1 out of every 8 construction workers eligible for construction projects.

On the one hand, the $3.5 trillion package offers something for everyone. On the other hand, it restricts incomes, limits choices, and stokes fiscal distress and inflation fears. Lawmakers would be wise to replace enticing “giveaways” with policies that provide lasting improvements to Americans’ well-being.