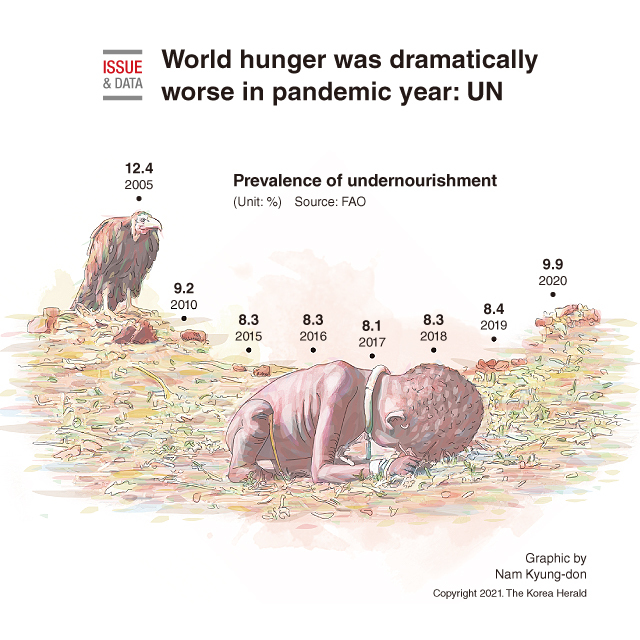 The United Nations lamented a “dramatic worsening” of world hunger last year, saying much of that is likely connected to the pandemic, and it urged that billions of dollars are needed to save millions of people from starving.

A report issued jointly by five UN agencies said hunger outpaced population growth in 2020, with nearly 10 percent of all people estimated to be undernourished.

It said the sharpest rise in hunger came in Africa, where 21 percent of the people - 282 million - are estimated to be undernourished.

UN Secretary-General Antonio Guterres said the new “tragic data” shows that between 720 million and 811 million people in the world faced hunger last year - as many as 161 million more than in 2019. (AP)