[Mihir Sharma] US vaccine hoarding out of norm 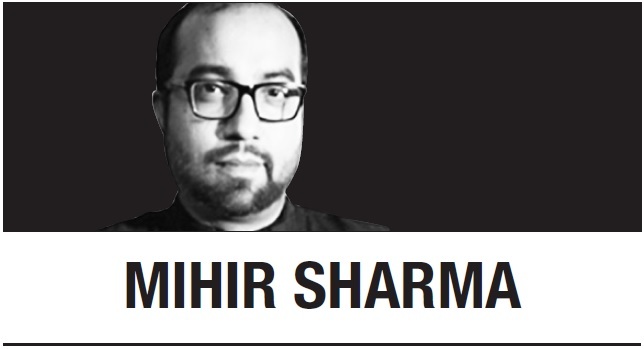 Those Americans who cheered President Joe Biden’s announcement this week that the US would have enough vaccines to inoculate every citizen by the end of July might want to note the cold silence with which the rest of the world greeted the news. Biden’s triumphalism was more than a little grating, considering that the US, alongside most other rich countries, has essentially chosen to corner the market on shots that are desperately needed elsewhere.

Just this Monday, the Mexican president asked Biden to share some of the US vaccine supply, promising to return the favor when Mexico, which has the world’s third-highest COVID-19 death toll, receives its contracted deliveries a few months from now. When asked if Biden would grant the request, the White House press secretary replied with a flat no.

The world had hoped “America First” would end when Biden replaced former president Donald Trump. It hasn’t. Before considering sharing even a portion of its supply with the rest of the world, the US intends to vaccinate every American who wants a jab. Biden’s White House did offer up $4 billion through 2022 for the COVAX fund, which buys vaccines for poorer countries. But that money won’t help much right now if there are no shots available on the market.

Back in January, South African President Cyril Ramaphosa had sharp words for such vaccine nationalism: “The rich countries of the world went out and acquired large doses of vaccines from the developers and manufacturers of these vaccines, and some countries have even gone beyond and acquired up to four times what their populations need. … That was aimed at hoarding these vaccines and now this is being done to the exclusion of other countries in the world that most need this.”

Ramaphosa wasn’t asking for free shots either. He just wanted the West to stop gobbling up the available supply from its companies so doses could be purchased by the African Vaccine Acquisition Task Team.

Nobody denies that it is politically difficult for any leader to send vaccines abroad before every citizen is vaccinated at home. But helping control the pandemic across the world at about the same rate is not just the moral thing to do, it’s sensible. It minimizes the death toll and helps reduce the chance of yet more virulent variants appearing.

It’s also, seen properly, good politics. Bloomberg’s vaccine tracker illustrates exactly how out of the norm the US’ behavior has been. The country has already delivered 24 shots for every 100 Americans. In comparison, China has given 3.7 for every 100 of its residents, Russia 2.7, and India 1.1.

Yet, unlike Biden, the leaders of India, Russia and China have already begun shipping millions of doses abroad. This week, half a million shots of the Oxford/AstraZeneca vaccine arrived in the Caribbean from India. Some 2 million doses have been delivered to Mexico, with the rest to follow this month. Argentina is getting 20 million doses of Russia’s Sputnik-V by the end of March. Chile had ordered 10 million Pfizer shots, but just 150,000 arrived. It had to start immunizations with 4 million Sinovac doses from China and has since gained praise for running one of the world’s most efficient vaccine rollout programs.

China, Russia and India have all prioritized their most vulnerable citizens, naturally. But they are also giving the rest of the world a chance to protect those most at risk. Some of their shipments may be self-serving tokenism -- but not all. By contrast, the US seems intent on vaccinating its 25-year-olds before octogenarians in its allies. Amid the rush of executive orders in Biden’s first days in office, there was one major exception: Trump’s ban on vaccine exports remained in place.

Many are now asking what kind of superpower the US hopes to be. How can the US reclaim the mantle of global leadership if Biden won’t even try to make the case domestically for a more generous attitude toward the rest of the world? For that matter, can you really call young Democrats “progressive” if they’re more exercised about a budget manager’s Senate confirmation than about the US prolonging a global pandemic?

That both sides of the political aisle in the US seem uninterested in either morality or logic when it comes to vaccines sends a dispiriting message. No country with policies or politics so inward-looking and self-centered can hope to lead the world in the 21st century.