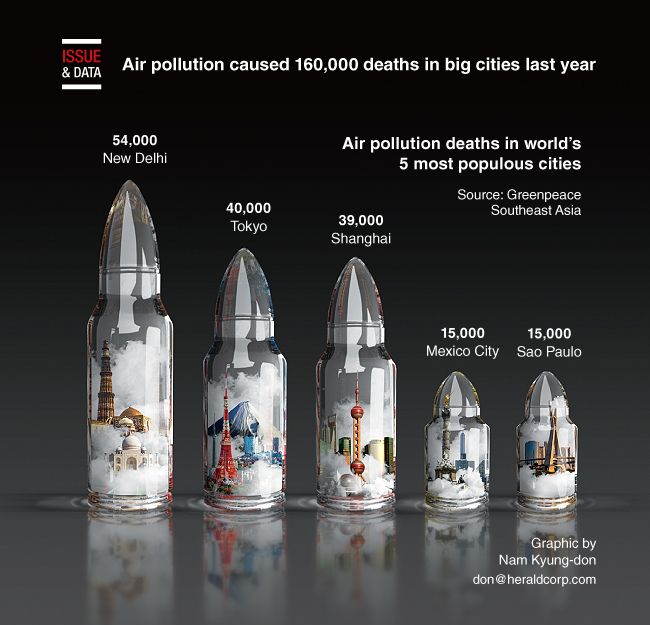 Serious pollution caused around 160,000 premature deaths in the world’s five most populous cities last year, even as air quality improved in some places due to coronavirus lockdowns, an environmental group said.

The worst-affected was New Delhi, the most polluted capital on Earth, where around 54,000 deaths are estimated to have occurred due to hazardous PM 2.5 airborne particles, according to a report from Greenpeace Southeast Asia.

In Tokyo, the figure was 40,000, with the rest spread across Shanghai, Sao Paulo and Mexico City, according to the report, which looked at the impact of microscopic PM 2.5 matter produced by burning fossil fuels.

PM 2.5 particles are considered the most harmful for health. They damage the heart and lungs, and increase the chances of severe asthma attacks. (AFP)