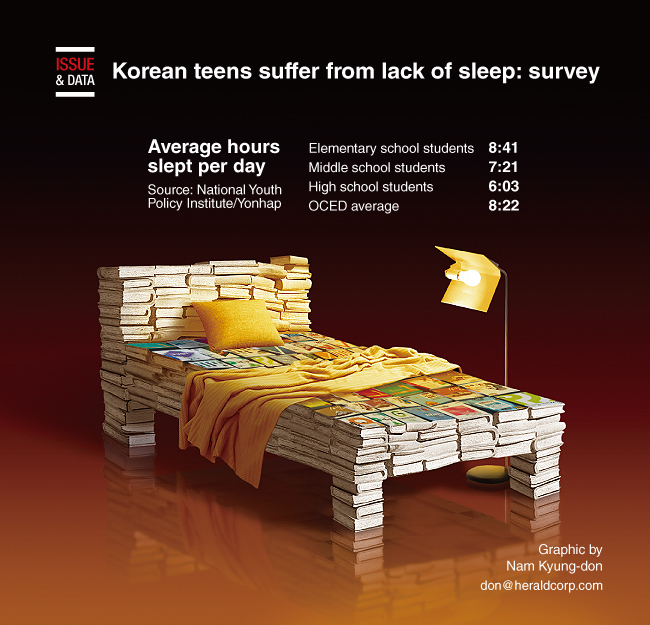 The average South Korean teen gets 7 hours and 18 minutes of sleep per night, one hour short of the average in developed countries, according to a survey by the state-funded National Youth Policy Institute.

More than half of them suffer from sleep deprivation, mostly due to study and internet surfing.

The study found that the average teenager sleeps 7 hours and 18 minutes a night, with elementary, middle and high school students averaging 8 hours and 41 minutes, 7 hours and 21 minutes and 6 hours and 3 minutes, respectively.

Korean teenagers get less sleep than the people in other Organization for Economic Cooperation and Development member countries, who average 8 hours and 22 minutes of sleep, the study said. (Yonhap)