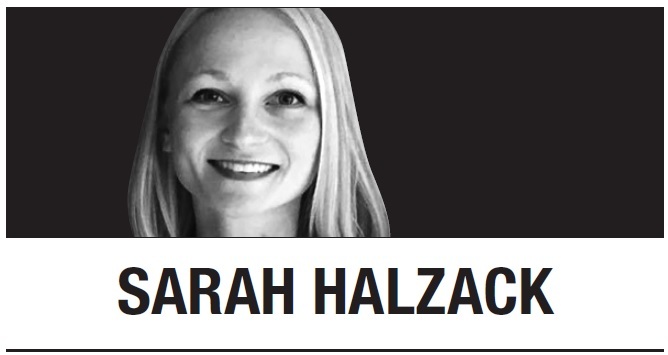 Professional attire has been evolving for decades into ever more casual modes. For men, suits gave way to blazers and slacks, then blazers and dark jeans, and then just jeans and a button-up. For women, pantyhose got dumped, skirt suits became a relic, and leggings somehow got reclassified in wardrobe taxonomies as pants.

Now, thanks to this weird, extraordinary summer America is having, it’s finally happened: Office clothes are officially dead.

Desk jockeys have been toiling from home since mid-March and have left whatever they thought of as their work clothes in the back of the closet ever since. Why endure constrictive, belted trousers when your Zoom setup doesn’t show anything below your shoulders? Why wear your slickest power dress when you might stain it during intermittent supervision of your kids’ messy craft project?

This mentality has dealt a crushing blow to the cadre of already-fragile mall retailers who make money dressing customers for their nine-to-five life. J. Crew, a bastion of business casual, was the first to succumb, filing for bankruptcy in May. J.C. Penney went into bankruptcy soon after, pledging to close more than 150 stores and thus reducing access points for affordably priced professional wear.

By July, things got downright ugly, with a steady succession of stumbles: Storied men’s clothier Brooks Brothers filed for bankruptcy and said it would close about one-fifth of its stores. The corporate parent of women’s dress-wear seller New York & Co. filed for Chapter 11 protection days later, saying it may close all of its locations. The following week, the company behind Jos. A. Bank and Men’s Wearhouse announced plans to shutter 500 stores. Next fell Ascena Retail Group, promising widespread store closures including a “select” number in its Ann Taylor chain. The pain continued in August, with Lord & Taylor filing for bankruptcy.

Altogether, the malaise means that thousands of square feet dedicated to selling chinos, hounds tooth jackets, pencil skirts, and faux pearl necklaces are about to disappear. And the future for the remaining locations in these chains feels awfully precarious. That means that even if you want to outfit yourself in the traditional costume of cubicle work, you’re soon going to have far fewer options for doing so.

But who is going to want to, or need to, whenever some semblance of normal returns? At first, work-from-home arrangements felt temporary, and so, too, did the wardrobe adaptations. But the recent announcement by Google parent Alphabet that employees won’t be called back to the office until July 2021 suggests that many workers could be keeping up this routine for a long time. Now that the boss has already seen you in a rumpled flannel shirt and your old-school client has gotten used to your Jon Snow mane, it feels pointless to revert to pre-pandemic fashion pretenses.

So whenever Americans return to office life, I expect the so-called Midtown Uniform for men -- a puffer or fleece vest paired with a dress shirt and casual pants -- will be traded for t-shirts. Women will stick with cozy sweaters and ditch blister-making ballet flats for sneakers.

If this proclamation makes you rejoice, I get it. There’s something liberating about letting comfort, not presentation, be your sartorial compass every morning. But I’m not sure the triumph of casual wear is really a triumph for office workers.

The slow erasure of professional attire can be viewed as a symbol of some of the ways the economy and the experience of white-collar work have changed for the worse. It’s not a coincidence that the adoption of ultracasual workplace dress happened as America was swooning over the swashbucklers of Silicon Valley. There was Steve Jobs in his signature turtleneck and jeans, Marc Zuckerberg in his hoodies, and countless deifying business magazine covers of tech dudes in bomber jackets, whiskered denim, sweatshirts and T-shirts. So many T-shirts. The message was that they were rule breakers, that they were winning not just despite thumbing their nose at your dad’s way of doing business, but because of it.

When companies outside that world started dropping dress codes and sending their CEOs to give presentations sans neckties, it was part of an attempt to be seen, like those wunderkinds, as disruptors -- a bid to demonstrate that a given company, whatever its roots as a banking, retail or media business for however many years, was edgy, too.

The embrace of ultracasual office dress, in other words, is just another form of Silicon Valley worship -- the same Silicon Valley worship that has left America in the troubling situation of having four companies with a collective market value of more than $5 trillion facing congressional inquiry about their potentially dangerous sway over elections, flow of information and consumer spending in the US.

Also, the demise of office attire has paralleled a steady erosion of boundaries between work life and home life. Thanks to smartphones, workers feel obligated to answer late-night emails from their managers and to keep checking Slack for a project update from colleagues in a distant time zone. This always-on lifestyle encourages people to work longer hours.

The fact that we don’‘t dress differently for work anymore is a reflection of the fact that we can no longer compartmentalize it. Work is a state of being, something we may have to dip into and out of at any given moment. That has consequences for our families, our ability to keep up with fulfilling hobbies, and so much more.

So go ahead and add a pair of jogger pants and a denim shirt to your online shopping cart. It’s soon going to be harder to find clothes that are much more formal, anyway -- and for better or for worse, no one is going to expect you to do otherwise.