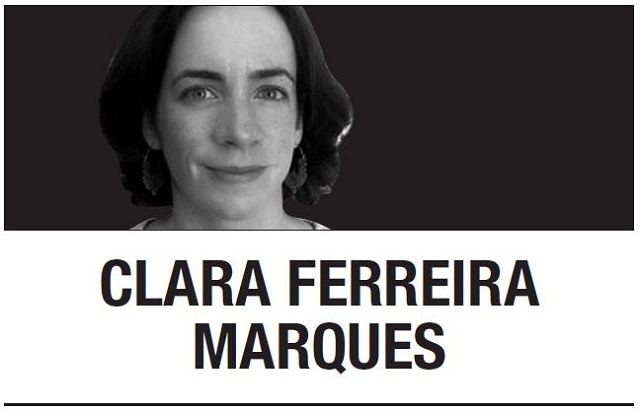 In an era of authoritarian populists, at least one iron-fisted leader is looking more vulnerable than he has in decades.

Yes, Belarus President Alexander Lukashenko will claim another resounding victory after Sunday’s vote. After all, the country has not had an election recognized as free and fair by Western observers since 1995. Yet a creaking $63 billion economy, a poorly handled pandemic, geopolitical isolation and crowds galvanized by the wife of an imprisoned opponent could make his sixth term his hardest.

Denounced over a decade ago as Europe’s last dictator by then-US Secretary of State Condoleezza Rice, Lukashenko has put in a virtuoso performance over the last 26 years, playing neighbor Russia against the European Union and exploiting his country’s geographic position as a buffer for both.

The former collective farm boss has enjoyed enviable stability and even fostered relative prosperity, thanks in no small part to cheap Russian oil and heavy repression. Now, though, he is going to the polls at his greatest-ever disadvantage to rivals, thanks to the opposition, which has been invigorated by Svetlana Tikhanovskaya, a one-time teacher whose plan primarily involves a return to free elections.

Part of the problem is long-standing. The Belarus economy, dominated by heavily supported state-owned enterprises, is stagnating. The cut-price Russian crude supplies it badly needs are less dependable.

The government’s botched handling of the COVID-19 outbreak has made matters worse. Lukashenko dismissed the illness as “psychosis,” and has suggested increasingly irrational cures including vodka, tractor rides, ice hockey and more. Ordinary Belorussians were left to fend for themselves. Official figures are conservative at best, but the case number currently stands at more than 68,000 infections -- not far off nearby Ukraine, with four times the population. As of last month, the total includes Lukashenko himself.

Reliable opinion polls are hard to come by in Belarus, but as telling as Lukashenko’s weakening approval rating is the eagerness with which citizens have supported a new generation of opposition candidates. Viktor Babariko, an ex-banker, garnered some 435,000 signatures.

He was detained in June and accused of financial crimes, though he denies wrongdoing. Others have met similar fates: Valery Tsepkalo, a former ambassador to the US who helped to found the country’s tech hub, was barred from running and is now abroad. Sergei Tikhanovsky, a video blogger who campaigned to slipper-waving supporters under the anti-corruption slogan “Stop the Cockroach,” was arrested in May.

However, an unexpected name who could make a difference hasn’t been blocked. Running in place of her jailed husband, Sergei, and with the support of other candidates, Tikhanovskaya has no clear platform, nor even a coherent movement behind her. Still, her unity campaign has attracted a wide range of support, from life-long opposition supporters waving white-red-white flags in her campaign video, to urbanites and rural voters. Fueled by social media, she consistently attracts impressive crowds across the country. It’s hard to envisage how that enthusiasm will be subdued.

Assuming the vote is not delayed, an official Lukashenko victory declaration is a given. What happens afterward, though, matters more.

Alex Kokcharov at IHS Markit points to two potential outcomes: Significant protests that have to be swiftly repressed, or an Armenia-style, longer-term peaceful resistance that eventually leads to divisions within the elite and transition to a less stringent regime or potentially even a free system. It’s an appealing scenario. It’s also an outcome that neighbor Russia is unlikely to countenance.

There is nothing notably anti-Russian about the opposition, notes Nigel Gould-Davies, a former British ambassador to Belarus now at the International Institute for Strategic Studies, yet a democratic Belarus would be an unwelcome example. Russian President Vladimir Putin has been in power only six years less than Lukashenko and he is currently facing protests of his own, in the Far East.

Given Minsk’s track record of repression and a campaign that has already included a murky episode with Russian mercenaries, a crackdown on any post-election demonstrations would not come as a shock. A replica of Ukraine’s mass protests, which eventually brought down that country’s Moscow-backed president, is unlikely, but it is hard to see how the energy of Tikhanovskaya’s rallies will be easily contained after an inevitable defeat.
Resorting to force, however, will come at an increasingly high cost for Lukashenko. It would mean further sanctions and exile in the diplomatic wilderness, higher borrowing costs and a weaker negotiating position with Moscow, which is already pushing for an ever closer union that’s unpalatable to many even in pro-Russian Belarus.

For one of the longest-serving post-Soviet leaders, that might just be the price of hanging on.