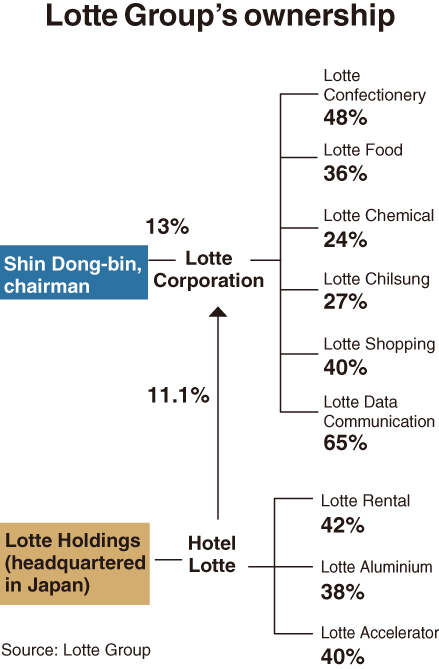 Last week’s disclosure by family members of the late Lotte Group Chairman Shin Kyuk-ho with regard to changes in their stakes in the group after inheriting assets from Shin showed that his second son, current Chairman Shin Dong-bin, has further expanded his control over the group. Friday was the deadline for members of the Lotte owner family to report their inheritance taxes, which are estimated to total at least 450 billion won ($376.94 million).

The founder died in January and his two sons, Dong-bin and Dong-joo, are fighting over control of the group, which operates both in South Korea and Japan.

So far the younger brother, Dong-bin, is winning the battle. Dong-joo’s latest attempt to have his brother stripped of his CEO position at Lotte Holdings was voted down in June.