[James A. Goldston] How courts will shape post-pandemic world 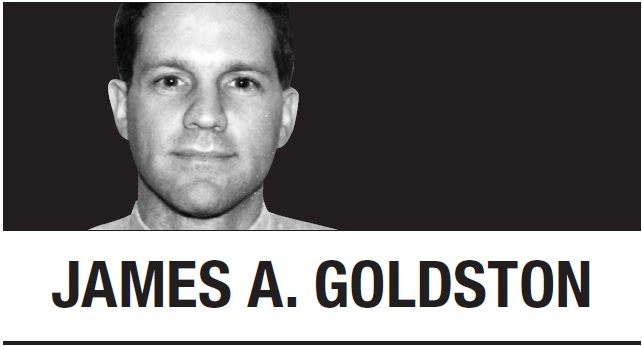 In just a few months, COVID-19 has stricken millions and effectively shut down the global economy. But at the same time, the pandemic has profoundly altered the global debate about inequality and raised the prospect of reversing our decades-long failed experiment with market fundamentalism.

Many lauded this month’s May Day protests by newly recognized (but still underpaid) “essential workers” as a sign of growing activism. But fewer have noticed that people around the world are going to court to challenge long-standing injustices made visible by the pandemic.

These legal cases are presenting arguments that will serve as central poles of advocacy in the post-COVID-19 world. How judges respond will not just affect the parties involved, but will indicate whether the current reconsideration of neoliberal economics is likely to be a temporary blip or part of a more enduring transformation of law and policymaking.

A first set of cases highlights workers’ concerns, needs, and priorities, including collective organization, fair pay, and the dignity that comes with access to life-protecting equipment and appropriate health, disability, and leave benefits. In early April, for example, doctors and front-line health care workers in South Africa and Zimbabwe sued their respective governments over shortages of protective gear and inadequately equipped hospitals.

Also in April, in a case now on appeal, employees at an industrial pork plant in Missouri sued the company for failing to comply with COVID-19 health guidelines by ensuring sufficient distance between them and providing rest periods. And New York’s attorney general informed Amazon that it may have violated federal workplace-safety laws and state whistleblower rules when it fired an employee who had protested the company’s failure to close a Staten Island warehouse where several workers had fallen ill with the virus and one had died. Together with recent litigation against Amazon in France, the attorney general’s letter may presage further legal action by government authorities and workers against the firm, whose revenues have soared during the pandemic.

A second group of legal claims seeks to capitalize on COVID-19’s devastating reminder that science and facts matter. Growing recognition of this truth has far-reaching implications, particularly for the struggle to bring about a sustainable environment.

As a zoonotic pathogen that leapt from animals to humans, the new coronavirus -- like climate change -- has its origins in unbridled human encroachment on the natural world. Broader appreciation of the links between human activity and fast-approaching climate disaster could benefit climate lawsuits initiated during the pandemic, including one filed in March by South Korean teenagers seeking to compel their government to commit to bigger carbon dioxide emissions cuts.

Even cases launched before the virus struck late last year -- like those brought by several US states and municipalities seeking compensation from major CO2-emitting companies for the harms caused by their products -- will likely benefit. Although emissions have plummeted as economies have been shuttered, experts warn that any environmental windfall is likely to be ephemeral without substantial shifts in the cost-benefit equation of CO2 production. And that will require government action, which a number of pending lawsuits are seeking.

Perhaps most controversially, a third stream of litigation might contest the yawning wealth and income inequalities exposed by the pandemic’s economic fallout. The enormous demands on the public purse arising in locked-down economies have prompted renewed calls for wealth taxes, crackdowns on tax avoidance, and other measures to claw back some of the massive private surplus accumulated in recent years.

South African President Cyril Ramaphosa recently pledged to use the COVID-19 crisis to pursue a “radical economic transformation” of the country that advances the economic position of women, youth, and people with disabilities. But if political leaders fail to translate promising rhetoric into more redistributive policies that fundamentally reshape unequal power relationships, then citizens facing life-or-death situations may ask judges to require that governments do more to help them.

Possible targets of legal action include excessive deregulation, privatization, the abdication of core state responsibilities, and declining tax rates for the wealthy. Other litigation may seek to realize pandemic-inspired calls from the Pope and others for a universal basic income. Such initiatives would rest on the premise -- further bolstered by the pandemic -- that economic security is not a discretionary matter, but rather a human-rights requirement.

Courts have long hesitated to address these questions out of concern for their legitimacy and deference to the elected branches of government. But in a time of growing scarcity, unemployment, and hardship, people will increasingly look to government to realize constitutional guarantees of education, health care, and housing. And while much attention will rightly center on presidents, prime ministers, and legislatures, it will be the courts that make hard choices in concrete disputes about liberty and security, individual and collective burdens, and who pays.