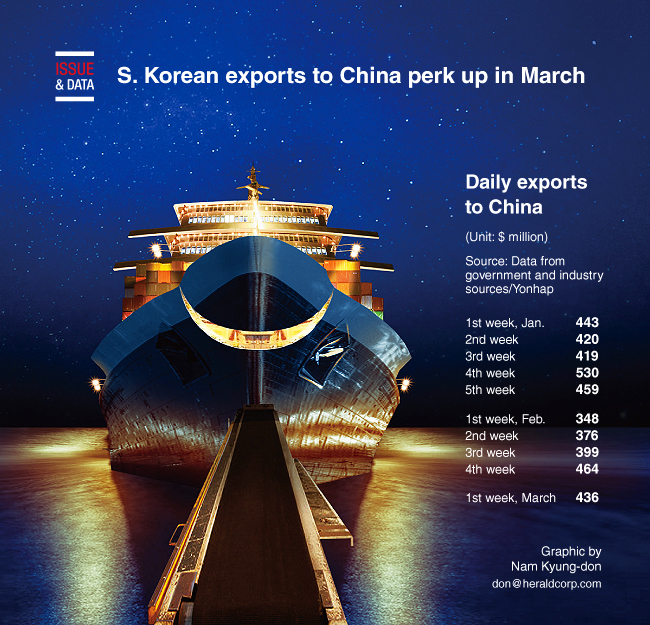 South Korean exports to China are picking up in March as the new coronavirus retreats in the neighboring country, data showed.

Daily exports to the world’s second-largest economy averaged $436 million during the first 10 days of this month, up 20.8 percent from the same period in February, according to the data from government and industry sources.

Yet the daily average was down 8.2 percent from the same period a year earlier.

Daily exports to China soared to $530 million in the fourth week of January before plunging to $348 million in the first week of February amid the rapid spread of COVID-19 there. (Yonhap)