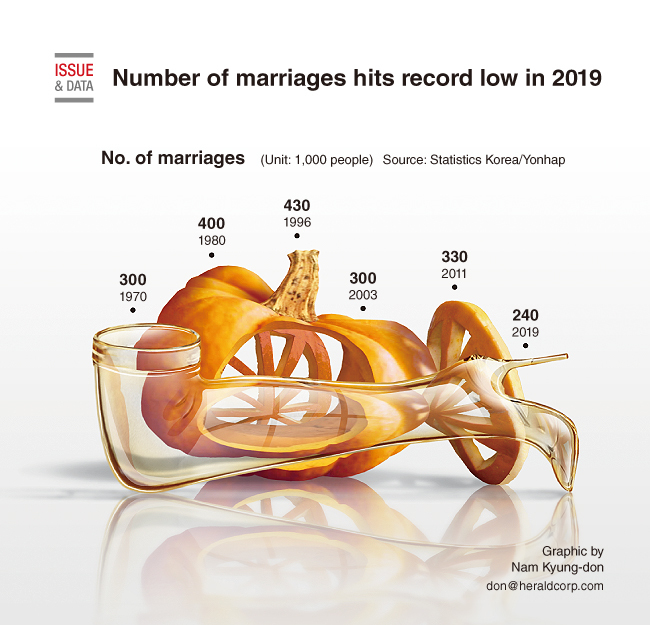 The number of South Koreans getting married sank to an all-time low in 2019, government data showed, as young people increasingly delay marriage amid a prolonged economic slowdown.

The number of couples tying the knot in Asia’s fourth-largest economy reached 239,200 in 2019, down 7.2 percent from the previous year, according to the data from Statistics Korea.

The figure is the lowest since 1970, when the statistical agency began compiling related data. (Yonhap)