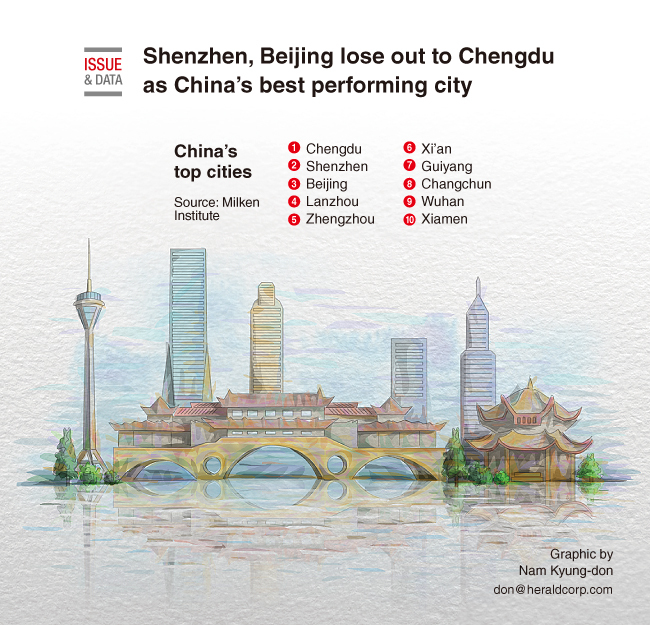 This is the third time that Chengdu, best known internationally for its pandas, has been ranked first since the list began in 2015.

The index incorporated nine indicators for the period up to 2017, including employment and wage growth, the growth in gross regional product per-capita, and foreign direct investment. Chengdu’s five-year job growth was the highest among the first and second tier cities at almost 180 percent.

Beijing rose nine places to rank third among the country’s bigger cities, bolstered by an influx of investment into its eastern Tongzhou district, which is being developed into another city center that will host the municipal government, hospitals and some universities. (Bloomberg)