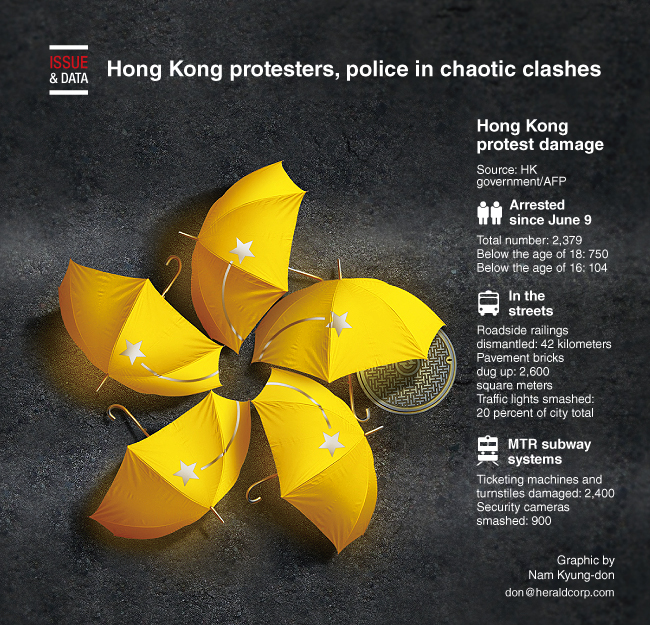 Hong Kong has been battered by more than four months of pro-democracy protests - and increasingly violent clashes with police - with Beijing-backed Chief Executive Carrie Lam unable to resolve the unprecedented crisis.

The subway system - viewed as an enemy for ferrying police and shuttering stations - has been crippled, with some 2,400 ticketing machines and turnstiles vandalized alongside 900 security cameras in 83 of the city’s 94 metro stations. (AFP)