Under the theme “Gather Together for Humanity,” the KOICA will hold a photo exhibition and talk concerts at Seoul Citizens Hall for eight days from Monday to Aug. 26, jointly with Korea NGO council for Overseas Development Cooperation, UN organizations and other nongovernmental organizations. 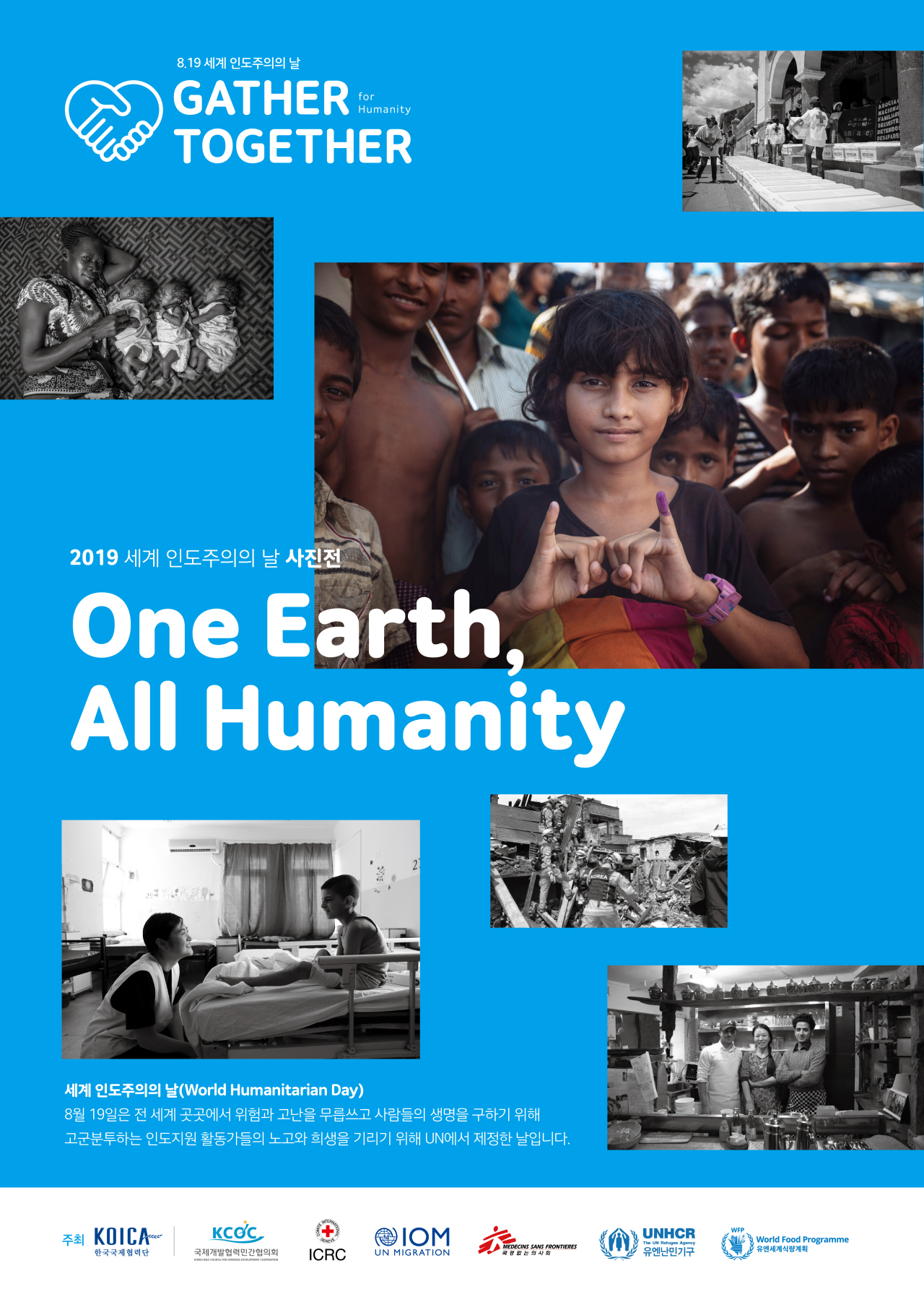 Established by the UN General Assembly in 2008, World Humanitarian Day is marked on Aug. 19 each year, the anniversary of the Canal Hotel bombing in Baghdad, which killed 22 humanitarian workers in 2003.

During a talk show on Monday, Korean representatives of intergovernmental groups, including the United Nations Children’s Fund, the International Organization for Migration and World Food Program introduced their activities regarding humanitarian assistance.

On Aug. 26, the KOICA along with the World Vision and Good Neighbors will give a presentation on the current humanitarian support, cooperation between UN organizations and NGOs, among others.

An exhibition titled “One Earth, All Humanity,” features pictures of social work of the participating groups. Virtual reality was implemented into the show to enable the audience to get more information on displaced people and disaster scenes.