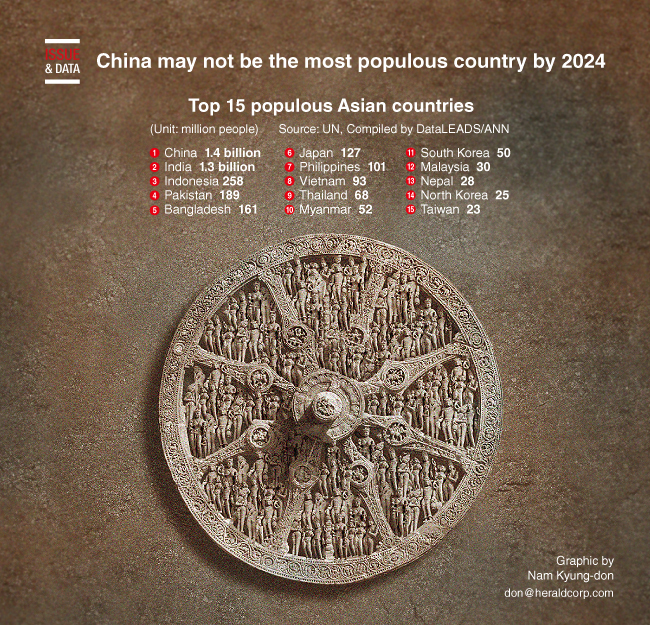 Currently, China with a population of 1.41 billion and India with 1.34 billion remain the two most populous countries, comprising 19 percent and 18 percent of the total global population, respectively, according to a UN report. And in about seven years, or around 2024, India’s population is expected to surpass that of China.