He dove right in as the audience collectively felt pumped up. A wait sparked by a bicycle accident seemed to have only upped the anticipation, as fans appeared happy to see their hero.

“It’s good to be back, thanks for having me!” Sheeran exclaimed after opening with his nostalgic number “Castle on the Hill.” 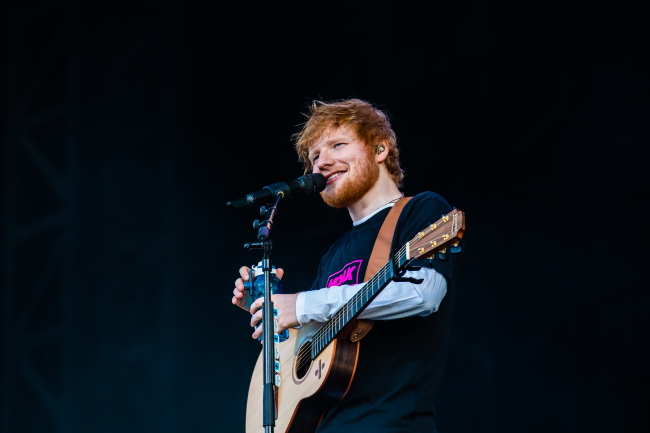 He then went on to perform hits like “Eraser” and “Dive” from the “Divide” album -- the most popular of his albums here -- mixed up with other works like “Bloodstream” “Don’t” and “Tenerife Sea.”

Armed only with his acoustic guitar and the ingenious use of a loop pedal, Sheeran was truly a one-man band that filled the stage with rich sounds. Even the sky worked in his favor, as planes landing and taking off from the nearby Incheon Airport provided an impromptu airshow with traces left in the clouds. 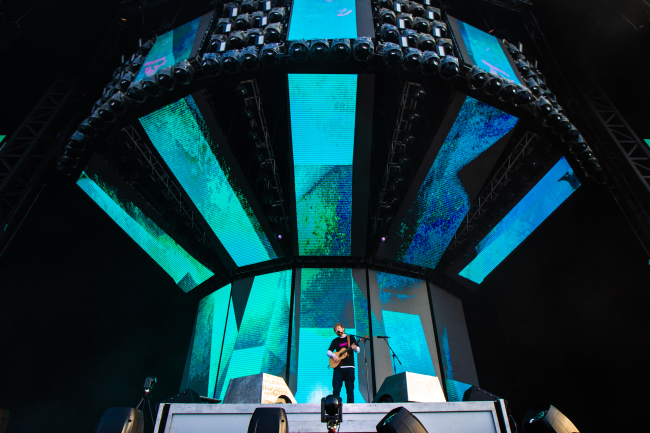 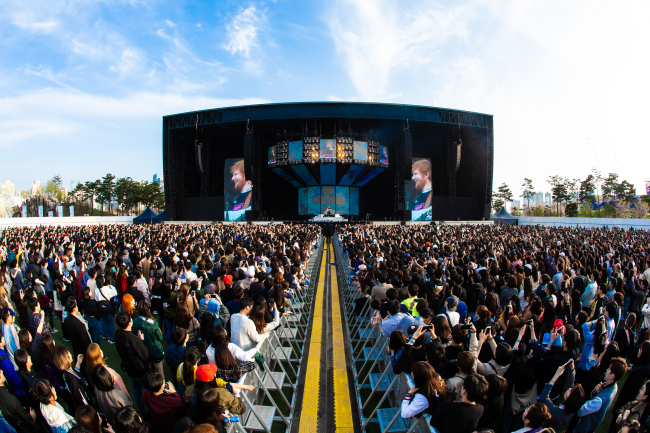 After praising fans as “the loudest in Asia,” the 28-year-old playfully challenged Incheon to see “if they can also be the quietest,” which they obliged during the ballad medley. Their patience was rewarded with the cheery tune in “Galway Girl” that followed.

An odd moment took place during “I See Fire” when Sheeran egged on the audience to sing, but encountered awkward humming and mumbling uncharacteristic of South Korean fans. Despite Sheeran’s immense popularity here, the song recorded for the 2013 film “The Hobbit: The Desolation of Smaug” does not have a sizeable following among Koreans.

But they almost immediately redeemed themselves with a massive sing-along for the next song, “Thinking Out Loud” and “Photograph.” The latter brought out the British artist’s stage design that featured different images following on the main screen; it showed Sheeran’s image inside frames of photographs for this particular song. 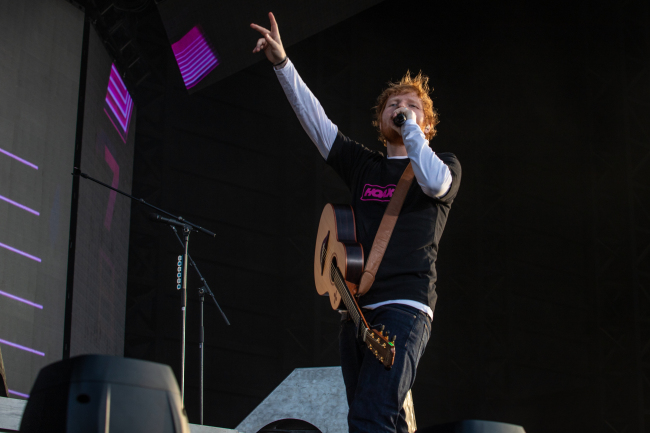 Sheeran saved the best for last, whipping out his greatest hit “Shape of You” for the encore before wrapping up the show with “You Need Me, I Don’t Need You.”

He bid farewell with “See You Next Time,” leaving fans waiting for the next time the British invasion might take place. 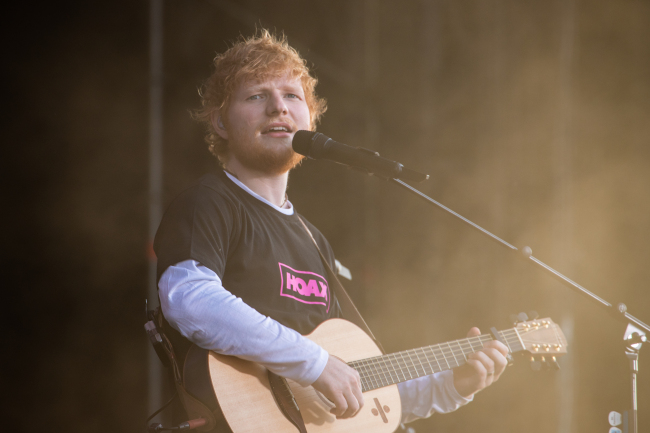 Despite the off-the-chart performance, one hitch after the show ailed concertgoers. Some of the paid shuttles that were supposed to take fans to different parts of the country were delayed by as much as 90 minutes, leading to complaints.
(minsikyoon@heraldcorp.com)