[Album review] SHINee has its own genre 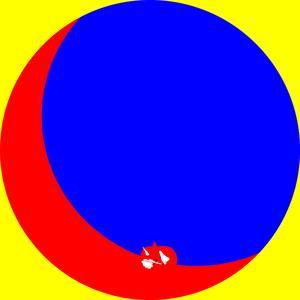 Judging by its new album, SHINee is still SHINee even after 10 years. It could be the vocals or the band’s effusive use of synths -- it’s ineffable -- but there always has been this unique color of SHINee scattered throughout its albums.

And “The Story of Light EP.2” -- its first album as a quartet following the death of member Jonghyun last year -- is no exception: experimental, vibrant and SHINee-like.

The album begins with “I Want You,” a tropical house lead track that blends a variety of pop instruments and electronic elements. Sentimental in its poetic lyrics, which talk about reaching out for love by transcending time, the song also echoes SHINee’s previous hit “view.” While it isn’t as catchy and crunchy as “view,” “I Want You” boasts a shimmering and breezy pre-chorus “oh na na na” that builds into an exuberating hook that reminds the listener of a driving song.

Just as SHINee defined the album as something that “represents” the act’s view of itself, the song is smothered in SHINee’s own sauce. The act musters up its strength in “Chemistry,” a weighty dancehall track in which member Minho took part in writing lyrics. The song’s belt-it-out chorus is what makes it charming.

But the real gem of this album comes with “Electric,” an intuitive bop that will send electricity all over one’s body. It’s like a gigantic and sophisticated tapestry, where experimental synths, sassy melodies and even the scratchy sound effect of electricity, are all woven to create a vivid image of the electrifying feeling of love.

“Drive” is a head-bopping acoustic dance pop track that is about “driving” toward one’s love, while “Who Waits for Love” is heavy and intense with moombahton rhythms, likening love to symptoms of flu. The emotional love song, however, also sounds like a tribute to the band’s late member with poignant lines such as “I don’t blame you who left me,” “If I ever see you again, will I be able to hug you” and “Your warm eyes and voice, I’m missing you like crazy.”

Throughout its decade in the industry, SHINee has developed its own genre that no other can imitate.